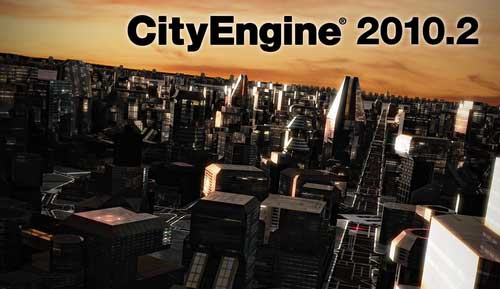 Procedural Inc. today announced CityEngine 2010.2, the latest version of its groundbreaking software for the fast creation, visualization and analysis of smart 3D cities. The software is used by companies such as Pixar, Dreamworks, Prime Focus, Blizzard, THQ, Zaha Hadid, Foster+Partners, IBM, Microsoft, or Boeing, and was awarded Killer Technology by 3D World magazine.

Also, Procedural Inc. introduces CityEngine STUDIO for $1’695. The new version is suited for small studios in architecture and entertainment which want to realize the full potential of CityEngine or do not qualify for the low-priced CityEngine INDIE.

“The user experience has been significantly improved in CityEngine 2010.2. Besides several overall enhancements and fixes, the popular node-based rule editor received a major upgrade. With its graphical interface, users can now create detailed procedural buildings with a few clicks only.” says Pascal Mueller, CEO of Procedural Inc. “And with the introduction of CityEngine STUDIO for $1’695, we now offer a cost-saving city modeling solution to small film, game and architecture studios who don’t have the resources to spend endless hours manually creating a 3D city.”