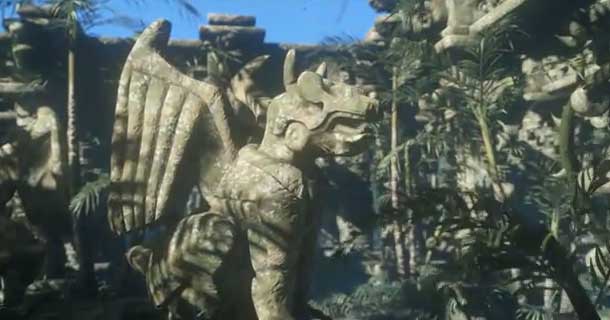 3DMark 11 is the latest version of the world’s most popular benchmark for gaming PCs. 3DMark 11 uses a native DirectX 11 engine which makes extensive use of all the new features in DirectX 11 including tessellation, compute shaders and multi-threading.

High Temple is a demonstration of the DirectX 11 powered 3DMark 11 engine. 3DMark 11 will be released in 2010. There will be a free edition that allows unlimited runs available at launch.

The music and audio design is by Pedro Macedo Camacho. Find out more athttp://www.musicbypedro.com/

The Antec logo placement within the High Temple tech demo is a special sponsorship arrangement between Antec and Futuremark. Advertising placements ensure that Futuremark can offer a free edition of the benchmark alongside the paid editions.

Find out more at http://www.3dmark.com

3DMark is the world’s most popular benchmark for evaluating next generation PC gaming hardware. First released in 1998, 3DMark has since been downloaded by millions of people around the world. It is supported by an online database containing over 35 million results with new results submitted every few seconds on average. Featuring a combination of real-time visual and numerical computation tests, 3DMark is the standard for measuring PC gaming performance. Widely used by the hardware press and technology manufacturers, 3DMark is trusted by gamers and enthusiasts worldwide to cut through marketing hype and technical jargon to give accurate and unbiased guidance for PC hardware purchasing decisions.